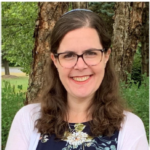 Rabbi Greenspan received her Master of Arts in Rabbinic Studies and Rabbinic Ordination in 2019 from the Ziegler School of Rabbinic Studies at the American Jewish University and received the Henry Fisher Award for Outstanding Achievement in Jewish Studies. Since 2019, she has served as Assistant Rabbi at Congregation Beth-El Zedeck in Indianapolis, Indiana.

Rabbi Greenspan is a Southern California native and grew up as an active member of the Los Angeles Conservative Jewish community. In her youth, she spent summers at Camp Ramah in California and her school year in USY, serving as Chapter President at Temple Ramah Zion in Northridge, California.

She earned her bachelor’s degree with a double major in Psychology and Feminist Studies with honors from the University of California, Santa Cruz. As a student, she worked with the LGBTQ+ community and served on the committee that worked to ensure that the student health program included coverage for the needs of transgender students.

Rabbi Greenspan returned to Southern California to work for Camp Ramah initially as the Finance Assistant and later found herself drawn to a desire to pursue Jewish leadership and enrolled in the Ziegler School in 2014. While in Rabbinical School, she interned at Adat Ari El of North Hollywood, California, and at Congregation Beth Am of San Diego, California. She continued to spend summers and many weekends working at Camp Ramah and spent six years on the planning committee for Ruach Nashim, Ramah’s Women’s Shabbat retreat.

In her down time, Rabbi Greenspan enjoys knitting, board games, and cooking shows.

Rabbi Greenspan became a member of the Beth Shalom community on July 1, 2022.

Rabbi Susan Grossman is an accomplished speaker, author, and storyteller who offers her congregants a rare blend of spiritual energy, joy, intellectual stimulation, and pastoral compassion. Identified by The Forward and the New York Jewish Week as one of the forty-five Jewish leaders to watch in the 21st century, Rabbi Grossman serves on the prestigious Committee for Jewish Law and Standards of the Conservative Movement and is nationally recognized for her work on women’s health and ritual. She was honored for her work bringing people together across faith, race, ethnicity, and gender differences by the Martin Luther King, Jr. Holiday Commission in Howard County, where she champions interfaith and intercultural cooperation, particularly around diversity in our public schools and school calendar.

Rabbi Grossman was one of the first women ordained as a rabbi by Jewish Theological Seminary and the first woman to lead her own congregation in both Westchester, New York and Howard County, Maryland. Perhaps best known for her work as one of the editors of the Conservative Movement humash, Etz Hayim Torah and Commentary, Rabbi Grossman has written many articles on the role of women in Judaism and co-edited with Orthodox activist Rivka Haut, the anthology Daughters of the King: Women and the Synagogue published by Jewish Publication Society.

Before entering the rabbinate, she directed Holocaust programming for the National Jewish Resource Center (now CLAL) under Rabbi Yitz Greenberg and worked for many years as a journalist and editor. She has a Doctorate in Ancient Judaism from Jewish Theological Seminary and has served as spiritual leader of Beth Shalom Congregation since 1997.

She retired from Beth Shalom after 25 years of service on June 30, 2022. You can continue to enjoy Rabbi Grossman’s sermons here. 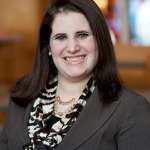 Born and raised in Olney, MD, Cantor Apt grew up as the daughter of a Conservative Rabbi and has been leading services since before she can remember.

After graduating from the Joint Program between Columbia University and Albert A. List College, where she received degrees in Music and Midrash, respectively, the H.L. Miller Cantorial School was the obvious choice. She received a Master’s degree in Sacred Music and was invested as a Hazzan in 2013. She has worked as a High Holiday cantor in Ambridge, PA, and Albany, NY; as a cantorial intern at Agudas Achim Congregation in Alexandria, VA, as a B’nai Mitzvah tutor, as a Torah reader at the Society for the Advancement of Judaism, and as a student cantor at Temple Beth Ahm of Aberdeen, NJ.  Since graduating from cantorial school, she has been a music teacher and B’nai Mitzvah tutor at B’nai Israel Congregation Talmud Torah in Rockville, MD, served as B’nai Mitzvah Coordinator and Teen Program Coordinator of the Hill Havurah in Washington, DC, and Music Teacher at the Aleph Bet Jewish Day School in Annapolis, MD. Prior to joining Beth Shalom, Cantor Apt served as Hazzan of Shaare Tefilah Congregation in Olney, MD.

Dr. Nagel brings a love of Jewish learning and community, a passion for creativity and middot (Jewish ethics), and over 30 years of experience in synagogue-school education to our program.

He has served in numerous leadership positions, including as Chairman of the Greater Washington Education Directors Council and as President of the Jewish Educators Assembly (JEA), the Conservative movement’s professional organization for educators. He has a BS in Early Childhood Education (University of Maryland), an MA in Jewish Studies (Baltimore Hebrew College), and a PhD in Education Policy and Administration (University of Maryland). His most recognized achievements have been in teacher professional development, curriculum development and special needs education. In 2015, he was presented with the JEA Lifetime Achievement Award.

He has two daughters, Margo and Jamie, with whom he enjoys skiing, hiking, cooking, travel and Israel. His favorite holiday is Hanukkah and most appreciated Torah verse is “Justice, justice you shall pursue” (Deuteronomy 16:20).

Ruthann has been a dedicated staff member at Beth Shalom Congregation for over 15 years. Not only is she here Monday – Friday, but you can often find her during Shabbats and holidays acting as Beth Shalom’s facility staff. When she’s not at Beth Shalom, she’s spending time with her daughter, Samantha.

Jessica started her tenure at Beth Shalom as Rabbi Grossman’s Assistant, and after several years, took on the roll of Synagogue Administrator. She knows the ins and outs of Beth Shalom, and works to keep the facility up and running. As the Synagogue Administrator, Jessica makes sure the building is in order and is available to assist with congregant and community needs. Jessica attended Franklin & Marshall College and received a degree in Psychology. Jessica is married to Dmitry (Dima) and has a beautiful daughter, Zoya.

Robyn is from Long Island, NY and graduated from CW Post University with a degree in early childhood education and a minor in psychology.  She then moved to Tucson, AZ and taught early childhood and Special Education for 6 years.  While living in Tucson, she met her now husband Greg and from there they moved to Germany where Greg was stationed for 3 years. Greg and Robyn were then relocated to Maryland and moved to Columbia. Robyn enjoys baking challenges with her daughter Genny, doing DIY projects, going on adventures in her Jeep with her family and playing with her dog Bailey whenever she can.  She welcomed her youngest daughter, Brinley, in November 2021.